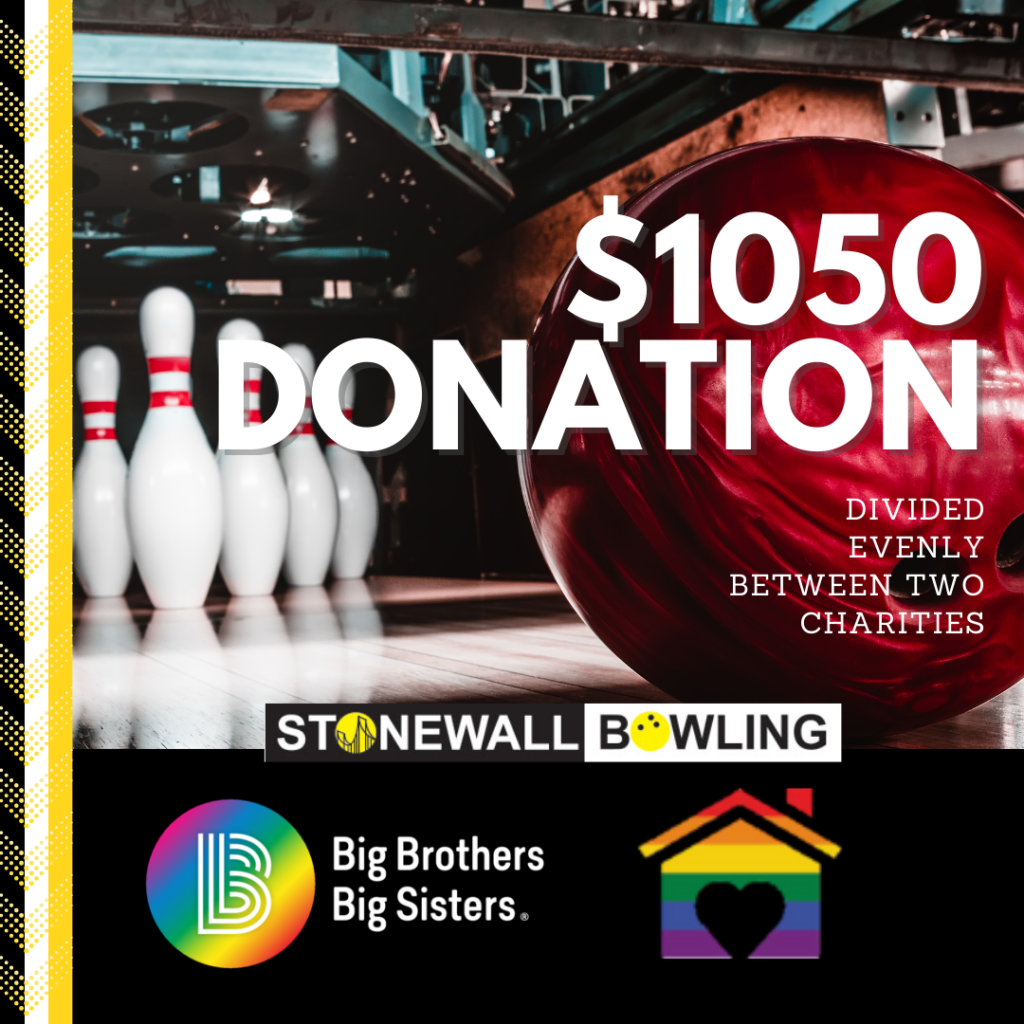 On Tuesday November 22, the fall 2022 bowling league conducted the end-of-season tournament. Pittsburgh’s bowling league is unique among other Stonewall leagues in how winning teams are acknowledged. Both the 1st Place League and Tournament Champion get awarded with separate plaques on the perpetual trophy which is soon to have filled its first level. Additionally, the 1st Place League and Tournament Champion get to each designate a charity to split the season-long fundraising efforts of $1050. Congratulations to the “The Ballbarians” for their 1st Place performance through 8 weeks of league play. They named Proud Haven as their charity designation. Proud Haven serves TLGBQIA+ Youth & Adults in Western PA experiencing homelessness and housing insecurity. Congratulations to the “Lickity Splits” team for winning the end of season tournament. They named the Big Siblings Program at Big Brother Big Sister Greater Pittsburgh as their charity designation. Big Siblings is a new mentorship program from Big Brothers Big Sisters of Greater Pittsburgh’s (BBBSPGH) focused on youth who identify as LGBTQ+. On November 29, the league will conduct a special fun, cosmic Friends & Family night with special prizes and giveaways. This coincides with the registration for the winter season taking place that week.